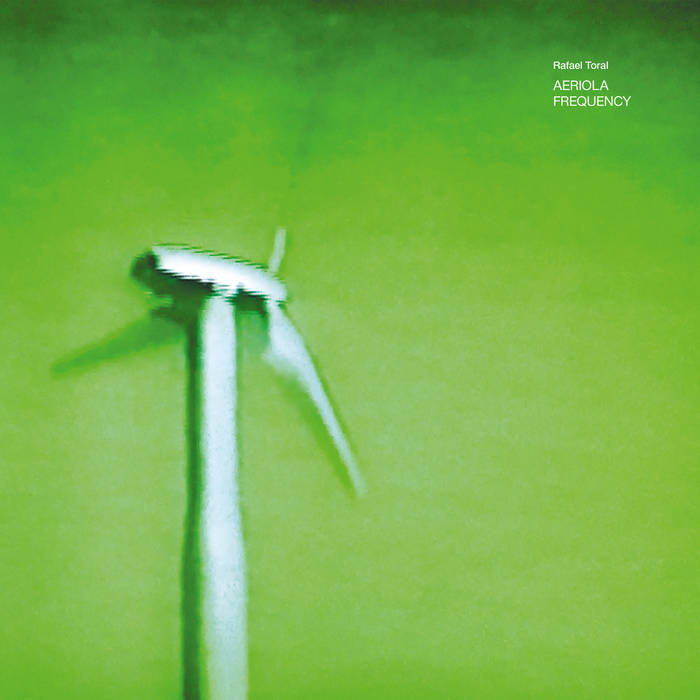 Black Truffle is proud to announce the first vinyl reissue of Rafael Toral’s Aeriola Frequency, originally released by Perdition Plastics in 1998. Toral made his name in the world of mid-90’s experimental electronics with two releases, Sound Mind Sound Body (1994) and Wave Field (1995), both now recognised as classics and reissued on vinyl by Drag City, which saw him exploring the potential of electric guitar and pedals to immerse the listener in seemingly endless waves of sustained tones. On Wave Field, inspired by the striking resonance effects he experienced during a Buzzcocks gig with bad acoustics, he achieved a synthesis—often imitated but never bettered—of rock guitar, Ambient, and the acoustic exploration of Alvin Lucier, a kind of "liquid, abstract flux of rock sound".

On Aeriola Frequency, Toral continued the explorations of Wave Field but dropped the guitar, creating a series of extended pieces using only a simple feedback loop designed to work with pure electronic resonance. The result is far more delicate than Wave Field, a steady but unstable flow of filtered tones that continually reorder themselves into new forms. On both the LP’s sides, the tones, like growing plants, imperceptibly shift from drifting freely in ambient space to weaving strangely natural melodic patterns, as the loops unfold and the resonance gently outlines recurring rhythmic shapes.

The overall effect is strikingly organic, as David Toop noted in the liner notes included in the original release (and reprinted in this reissue): “A crystal garden, the sound grows in reeds and streams, blown like spider web strands, glittering and invisible, pulsing with translucent colour, bubbling and imploding, fraying and powdering.”
A classic of the non-academic approach to electronics that flourished in the 1990s— and a big influence at the time on Black Truffle head honcho Oren Ambarchi—Aeriola Frequency ushers listeners into an endlessly fascinating world of gliding tones and shifting details that they might never want to leave.