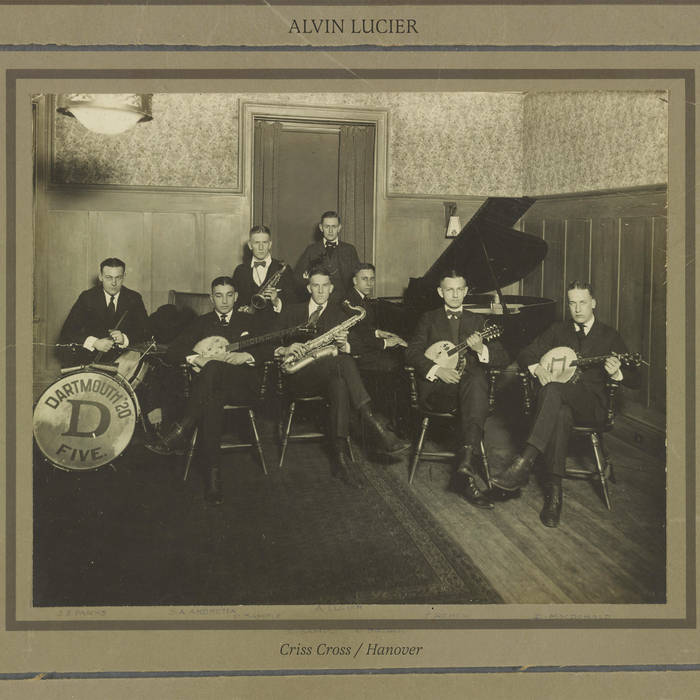 Black Truffle is honoured to present the premier recordings of two recent works by legendary American experimental composer Alvin Lucier. A friend and contemporary of pioneers like Robert Ashley, David Behrman, Gordon Mumma, and Christian Wolff, Lucier has been crafting elegant explorations of the behavior of sound in physical space since the 1960s. Lucier is perhaps best known for I Am Sitting in a Room (1970), in which he repeatedly re-recorded his own speaking voice being played back into a room until the room’s resonant frequencies entirely obscure the spoken text. Beginning in the early 1970s, he has written a remarkable catalogue of instrumental works that focus on phenomena produced by the interference between closely tuned pitches, such as audible beating, often using pure electronic tones produced by oscillators in combination with single instruments. Demonstrating the restless creative drive of an artist now in his 80s, the two recent works presented here both feature the electric guitar, an instrument Lucier has just recently begun to explore. In Criss-Cross, Lucier’s first composition for electric guitars, two guitarists using e-bows sweep slowly up and down a single semitone, beginning at opposite ends of the pitch range. The piece is a model of simplicity, exemplifying Lucier’s desire not to ‘compose’ in the conventional sense, but rather to eliminate everything that ‘distracts from the acoustical unfolding of the idea’. In this immaculately controlled performance of Criss-Cross by Oren Ambarchi and Stephen O’Malley, (for whom the piece was written in 2013), a seemingly simple idea creates a rich array of sonic effects – not simply beating patterns, which gradually slow down as the two tones reach unison and accelerate as they move further apart, but also the remarkable phenomenon of sound waves spinning in elliptical patterns through space between the two guitar amps. In the comparatively lush Hanover, Lucier draws inspiration from the beautiful photograph that provides the LP with its cover, an image of the Dartmouth Jazz Band taken in 1918 featuring Lucier’s father on violin. Using the instrumentation present in the photograph, Lucier creates an unearthly sound world of sliding tones from violin, alto and tenor saxophones, piano, vibraphone (bowed) and three electric guitars (which take the place of the banjos present in the photograph). Waves of slow glissandi create thick, complex beating patterns, gently punctuated by repeated single notes from the piano. The result is a piece that, like much of Lucier’s instrumental music, is simultaneously both unperturbably calm and constantly in motion. Stunning LP design by Stephen O’Malley including an inner sleeve with a portrait of Alvin Lucier by Kris Serafin.

Mastered and cut by Rashad Becker at D&M Berlin.