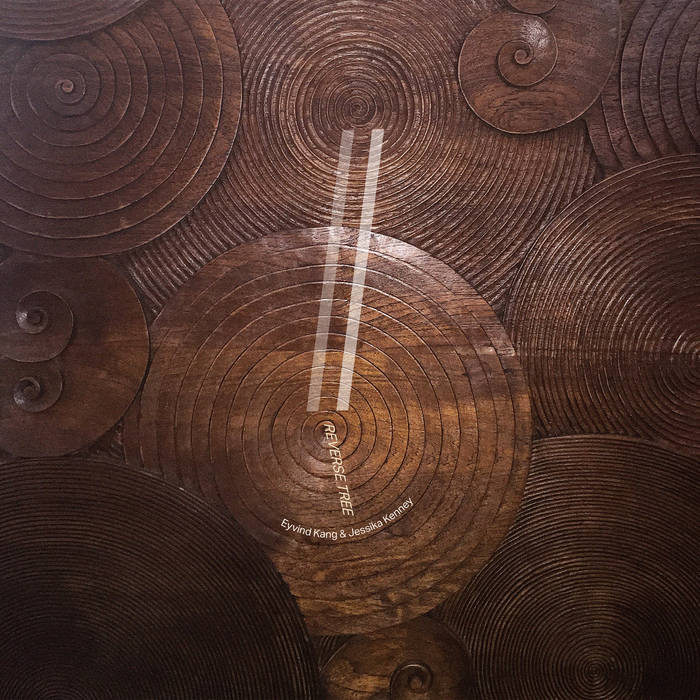 Black Truffle is thrilled to announce Reverse Tree, the new LP from the acclaimed duo of Eyvind Kang and Jessika Kenney, two musicians who have established themselves as powerful voices working at a unique intersection of contemporary composition, improvisation, and Asian traditional music forms. Either individually or as a pair, they have worked in contexts ranging from performances of traditional Persian and Javanese music to collaborations with Sunn O))), but their work together as a duo (documented on The face of the earth and Aestuarium, both released on Ideological Organ/Editions Mego) most clearly represents the central concerns of their diverse practices: a music of the inner life of sound, demanding ritualistic focus and promising heightened sensations.

On Reverse Tree, the duo expand their work together into the realm of the chamber ensemble, presenting two side-long works that feature Kenney’s voice and Kang’s viola alongside a multitude of other instrumentalists. Kang’s Thoughts on Being Exiled to the Frontier, for Lord Wei, inspired by a text by the Tang dynasty poet Hsueh T'ao, features an all-star international ensemble: Kang, Kenney, maverick Israeli conductor Ilan Volkov on violin, Icelandic cellist Hildur Guðnadóttir, and guitarists Oren Ambarchi and Stephen O’Malley. The piece is primarily composed of irregular patterns of pizzicato notes and guitar harmonics, gently falling in and out of sync and providing a subtly unstable support for Kenney’s voice, which sings long, wavering tones, at times reminiscent of Michiko Hirayama’s classic performances of Scelsi. Drawing on 20th century instrumental techniques, alternate tuning systems, non-western music and the experience of nature (the irregular rhythms of the piece calling to mind nothing so much as drops of rain), the piece opens a space both serene and subtly uneasy.

Kenney’s ‘Elm features Kenney and vocalist Nova Ruth (of Filastine & Twin Sista) alongside an ensemble of strings and Seattle’s Gamelan Pacifica, performing on Javanese instruments tuned to the slendro scale. An uncanny timbre created by bowing the keys of the Gamelan’s instruments, supported by bowed harmonics from the strings, is heard consistently throughout the piece. After a long introductory section in which this harmonic cloud slowly descends from shimmering high notes to rumbling bass, the vocalists enter, singing a slow and stately setting of a 19th century Surakarta poem (attributed to Mangkunegara the IV). The melody is sung as a rich and wavering heterophony, with the ensemble sometimes rising up to support individual notes. The poem deals with the idea of a form of knowledge achieved through deeds, as a practice and state of the heart. This is music in slow motion, in which, in Kenney’s words, ‘scouring the edges of each syllable, each vocalist is kneeling on a sheep hide, searching for the possibilities of what this knowledge might be, shared and private, through layers of history, culture, colonialism, distance, desire’.