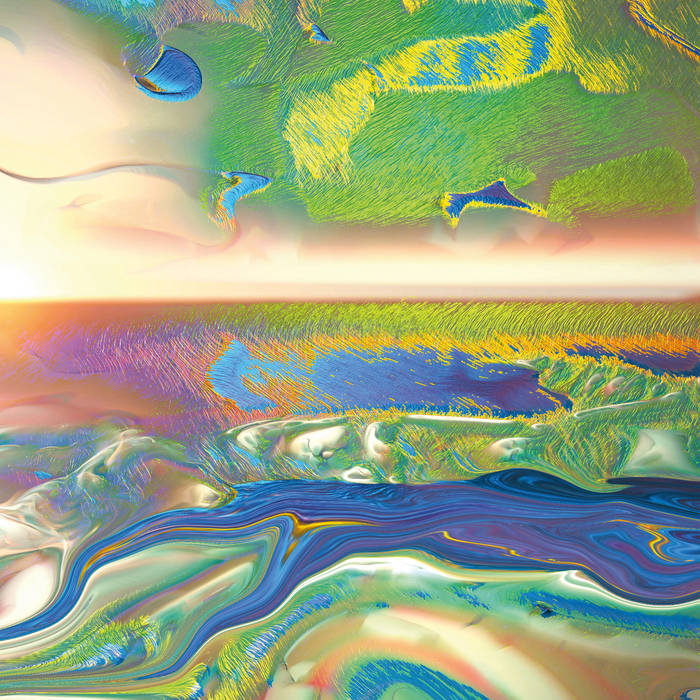 Black Truffle is pleased to present Sylva Sylvarum, an epic new work from Ora Clementi, the collaborative project of crys cole and James Rushford. Primarily conceived and recorded over several months together in Melbourne, Sylva Sylvarum is a stunning step forward from the mumbled, creaking sound world of the duo’s debut, Cover You Will Softer Me (Penultimate Press, 2014). From the opening ‘Peach of Immortality’, which takes an unpredictable journey from layers of chiming bells, vocal harmonies and lush synth pads to a desolate landscape of half-animal, half-digital wooshes and cries, it is immediately clear that cole and Rushford are working here with an entirely unique sound palette. Throughout the record’s four sides, we hear a large array of carefully detailed synthesizer sounds (many of them recorded at the remarkable Melbourne Electronic Sound Studio), sparse drum machine hits, wind instruments and field recordings of animals, often with a twistedly late 80s/early 90s flavour that at various points calls up New Age references, Robert Ashley’s later operas or the thinned-out textures of early digital GRM.

Threaded through this distinctive array of sounds are the two musicians’ voices, sometimes singing, sometimes speaking through varying degrees of manipulation. A guiding thread through the pair’s collaboration, beginning with their initial experiments with lip-readings, the presence of these two voices – cole’s crisp and sibilant, Rushford’s rich and low – reinforces the sense that the music is immersed in itself, less performed by two people than occurring between them. On Sylva Sylvarum, these voices first come to the forefront on the third piece, ‘Dialogue Between a Grandmaster of the Knights Hospitaller and a Genoese Sea Captain’, where in unison they intone fragments of a description of an imaginary space taken from a 17th century utopian text. The two voices resurface periodically thereafter, most stunningly in the unexpected turn into cushiony dream pop on ‘Magic Mountain’. At other points, the subtle manipulation of pitch and intonation in the close-miked vocal performances filters the recitations through a fog of abstraction that climaxes with the almost incomprehensible alternating syllables of the side-long closer ‘Forest of Materials’.
Like the album’s title, these textual elements are drawn from various literary descriptions of utopias, a theme that also informed the pair’s musical approach. Far from anything dryly illustrative, utopia figures into Sylva Sylvarum as an invitation to inhabit otherworldly spaces that, like the empirical details that proliferate in these literary utopias, are grounded in mundane reality but shot through with the eldritch. Admirably framed by the abstracted digital topographies of Sabrina Ratté’s artwork, the uncanny sweep of the album’s fifteen pieces is expansive enough to take in stretches of crackling austerity, warped microtonal keyboard etudes and moments of stunning beauty, the latter most strikingly when cole and Rushford are joined by Callum G’Froerer on trumpet and Joe O’Connor on trombone for a series of dream-like moments moving from growling overtones to poignant lyricism.